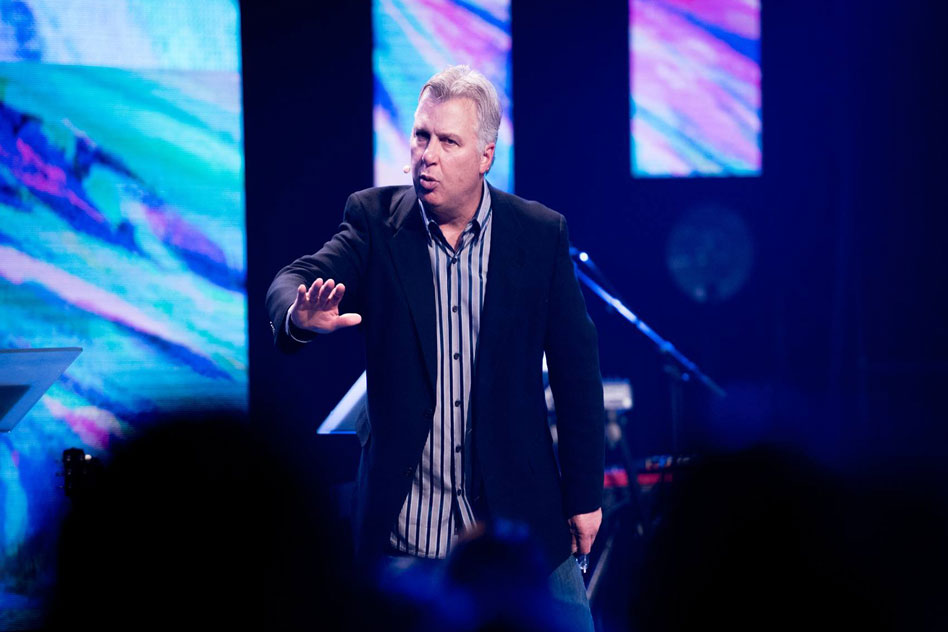 Known for his practical wisdom and intense vision to empower families, leaders and men, John ministers to thousands each year as he travels throughout the nation and world preaching and teaching in crusades, seminars, conferences and churches.  Great numbers are saved, restored, filled with the Holy Spirit, healed and challenged to obey Jesus as John ministers the Word and relies upon the leading of the Spirit of god.  Refreshing direct and often humorous, John addresses the pertinent issues of your life to encourage, strengthen, instruct and inspire you.

Having come from a broken and dysfunctional home, John was desperate for real leadership in his life.  Coaches, teachers and school leaders helped fill the void, but it wasn’t until a man of God came into John’s life that he began to overcome his deficiencies by walking in submission to authority and into the godly position in which he now flourishes.

John and Darlene have been happily married since 1981 and have two married adult children and six grand-children, all faithfully serve the Lord.